skip to main | skip to sidebar

Today, advice columnist Ask Amy printed a letter from a middle school secretary complaining that kids don't know how to use land line phones.  I read her column outloud at breakfast and my son's first question was "What's a land line phone?"

Good question, I thought, as no one really uses that term, but everyone talks about cell phones. We have one land line phone that's not wireless. It is popular in our house because it has the best reception.  And kids love it because it's such an unusual and mod shape for a phone.  Even though our house has lots of things in it, they often find it among the first objects they want to inspect.  They ooh and awe over it.  When they need to call their parents, they frequently say, "Hi Mom, I'm calling you from the donut phone!" I can't quite figure out why the kind of phone they're using is so curious to them, but it is.  It's charming, in an old fashioned, mod way.

As Amy and the middle school secretary observe, talking on any phone takes skill and practice.  Maybe some middle schoolers are not as high tech as they think if they are just figuring out how to politely dial and talk on the phone.

Back again: Thoughts on email accounts for kids

Well, I decided I must get back to blogging after more than a year of being away.  I have been spending too much webtime over at Ghost of the Talking Cricket.

But onto high tech parent things.  Our household gadgets have changed over the last year to two iTouches which DS and I love.  The iTouch has nearly replaced his Nintendo DS.  Just last month, I finally acquiecsed and signed him up for a regular email account.  Since it's an Apple/me.com account, he can easily send and receive email through his iTouch, which I had not considered.  Suddenly, email is much more fun and convenient for him.

He has had an email account on zoobuh.com but we were beginning to have technical difficulties with that.  My mom, whose technical expertise is very low, even complained about his account.  She also thought the name was a little immature -- I don't know what she thinks about Yahoo.  Personally, I must admit don't like using Yahoo just because of its  low-rent, silly name.  It also turned out with zoobuh that all the controls were preventing him from getting photos and few other things that made email less fun and almost annoying.  I like that everyone email that he receives on zoobuh also comes to me, but I think I can figure out something along those lines with me.com or I can figure out something.

Do kids need email accounts?  Maybe.  I am not sure how many kids that he knows actually have email accounts, or if they do, if they use them.  More kids seem to have cell phones.  And the cell phone conundrum will probably be the next post.

Posted by jadegreen at 9:59 AM 0 comments

Back to the Blog 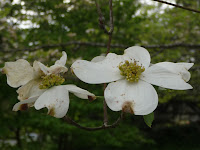 It's already April and I've been away from blogging for a few months. Most of that time I have been writing -- just not on the blog. I am reworking the first novel I wrote for NaNoWriMo and then copyedited my husband's book on the place of Lewis Carroll in children's literature. That project was lots of fun, but extremely time-consuming and hard work. I feel as if I am a minor expert in a few Carroll things, but even that is probably not true as there is so much to learn on Carroll.
Oddly, the last blog I posted was about an ice storm and here we are today, in April, with another snowstorm. Winter does not seem to want to leave, ever. This has been one of the colder winters in central Illinois that I can remember. I'll be fascinated to see what plants to survive. Perhaps a few insects that I don't like will not be as plentiful this year as well -- I hope!
Other than that, we did go down to Nashville and saw that spring is coming. Just rather slowly. Some of the dogwoods are blooming there as well as other flowering trees. Quite beautiful.

Posted by jadegreen at 9:51 AM 0 comments

Ice storm = no internet, no cable! 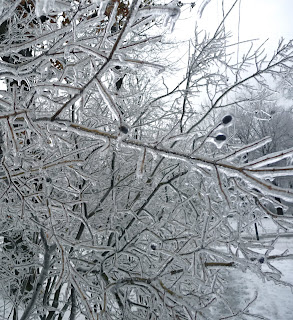 The massive ice storm during the last two days caused our internet to go down and consequently our cable connection. That was certainly not as bad as no heat or electricity, but it did make for an interesting day.

This was a tough day to be a kid or a mom in our house, but not a low tech dad. It was hard to be a kid because Friday was the beginning of the Club Penguin holiday party, which has been highly anticipated in our house. So it was a kid technology withdrawal day. When friends called, kids couldn't talk about being on Club Penguin because only the one with the internet could hang out, virtually. It wasn't quite the same even though they were both hanging out on the phone. 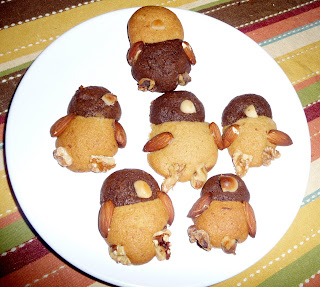 Most of the day was devoted to staying warm and then going outside to de-ice the driveway and sidewalk and picking up the many branches that fell. That's what always happens during a storm -- too much energy goes into handling the storm. Still, school was cancelled and all of us were at home and no one wanted to go very far away from a yard.

Instead, we made penguin cookies, worked on our Christmas cards, played Wii games, and read. I made a great kale and white bean soup that was a hit (even tho everyone agreed it didn't look quite that great).

The cable and internet went on a little during the day, then zipped off again. Finally, late in the evening the tech stuff went on. We were happy bunnies!

Posted by jadegreen at 7:44 PM 1 comments

Is your child's EF more important than IQ? 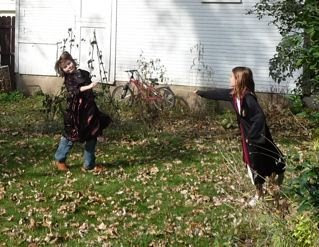 EF is short for Executive Function. Sounds like a management theory. Nope, it's the newest theory for understanding how children navigate their world, particularly during school. Some experts think it's a more realistic marker than IQ.

Great Schools has a good overall article about EF from October. If you haven't checked out the Great School website before, browse around after reading the article because it's a great wealth of information about schools in general and then drills down to your child's school details.

Executive Function is about how well kids (or any age really) organize, focus, pace themselves, manage time. The better kids are at skills like these the better they'll do in school. Sounds obvious, but it's not quite what it seems.

As it turns out, creative play set up by children themselves is one of the best ways for children to become good at EF. NPR had an interesting series about this

But neuroscientist Adele Diamond and psychologist Deborah Leong have good news: The best kind of play costs nothing and really only has one main requirement — imagination.

When children learn to rely on themselves for playtime — improvising props, making up games and stories — they're actually developing critical cognitive skills, including an important one called "executive function," they say. Essentially, executive function is the ability to regulate one's own behavior — a key skill for controlling emotions, resisting impulses and exerting self control and discipline.

Wow! So all these hours schlepping kids from one mind-enhancing or sports activity to another might not be as good as just letting them run around the yard, fiddling with Legos and Barbies, even daydreaming

Posted by jadegreen at 1:01 PM 0 comments

When teen-agers are online they use the time to develop friendship and to gain knowledge on subjects that interest them, according to a significant new study funded by the MacArthur Foundation that was released in November.

“It might surprise parents to learn that it is not a waste of time for their teens to hang out online,” said Mizuko Ito, University of California, Irvine researcher and the report’s lead author. “There are myths about kids spending time online – that it is dangerous or making them lazy. But we found that spending time online is essential for young people to pick up the social and technical skills they need to be competent citizens in the digital age.”

While I am still somewhat weirded out by blogging, teens, and those younger, see the internet as an extension of themselves. Marshall McLuhan envisioned this, but even though I thought his idea was cool many years ago, I had difficult understanding it. But now I can see tweens chatting on Club Penguin and playing in much the same way that they do during recess or on a playground. They still interact creatively, but CP and other spaces like it gives them another dimension for hanging out.

I also posted a comment today on ReadWriteWeb about a new book that suggests kids don't have to memorize any more. I noted that kids have to memorize still. Memorization is an integral part of learning; it's one of several parts. To assume that you're always going to have the web handy is to become used to a crutch. You have to know basic math facts, basic history dates, etc. Memorization does not have to be hard. In fact, I have found recently that it's actually pretty easy for kids, especially with good motivation.

Coming back to the MacArthur study, I think it is just the beginning of understanding how technology is changing how kids learn and use new media for pulling together their ideas. But I don't think that, at this point, technology can significantly change how our brains work. They're still good for memorizing. And they're still pliable to try out something new to be used for experiences we're always seeking as humans: friendships, comfort, attainable challenges.

The last two weeks I've been meaning to post several different thoughts. But my writing time has been devoted to focusing on getting to the 50,000 words of NaNoWriMo. And I did it this year, again! Whew!

There were several great things about this year's experience. The first was that I started a new region. We started with just me and turned into a group of 70 people. We had Write-in every week and I met several interesting people. Just having this group get together seems to be a success.

I had better control of pacing this year. Writing a couple thousand words a day, to make up for days that I didn't write, seemed more doable this year. It was a relief to be able to have a social life, organize the NaNo group, and enjoy Thanksgiving. I'm now motivated to edit some previous work, and keep going on other writing projects.

Posted by jadegreen at 8:16 PM 0 comments

Yeah! I did it again!